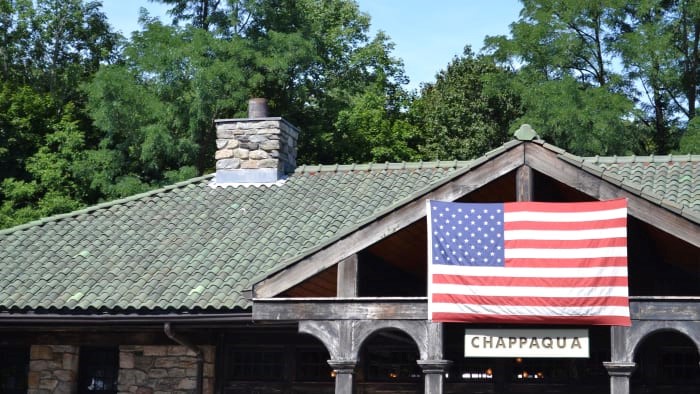 Welcome to Chappaqua, a hamlet in Westchester County New York, 35 miles and 40 minutes north of New York City. The quaint hamlet encompasses .45-square-miles, though the school district pulls from a wider area. Chappaqua’s downtown is walkable, and lined with the kind of small mom-and-pop shops towns crave, restaurants, Starbucks, a gazebo where summer concerts are held and a ball field. Radiating out from the business hub are side streets with homes on lots as small as 0.10 acres. As one travels outward, houses sit on bigger lots, and increasingly the hills are dotted with large homes. The hamlet traces its name to the Native American tribes of the Mohegan Confederation who farmed the land in New Castle. The area now known as Chappaqua was called Shepequa, which referred to the plentiful local water sources, according to the New Castle Historical Society. Despite the influx of well-to-do Upper West Siders and Brooklynites in the last two decades, Chappaqua has retained a small-town rural feeling. Even though public figures like Bill and Hillary Rodham Clinton, as well as a number of entertainment personalities, live in Chappaqua, it’s described as a down-to-earth, family-oriented community.